When people talk about Corporate Social Responsibility (CSR), they typically cite the most high-profile ways the world benefits when companies give back, whether it’s in supporting the work of difference-making nonprofits or providing opportunities to people in disadvantaged communities. But Phil Jaurigue, Chairman and CEO of Sabre Systems and a longtime Satell Institute member, frames CSR’s game-changing impact in a different way: ensuring America’s defense.

“I look at it from a national security standpoint,” says Jaurigue, whose company provides tech consulting services to an array of clients, including the federal government and firms in the defense sector. “As a country we’re fighting a battle, especially when you look at some of the threats of the future in, say, cyber. Our adversaries are making significant investments in educating their youth in computer science and engineering. While we have an advantage now, our foreign adversaries are closing the gap, and they’re closing it rapidly.” 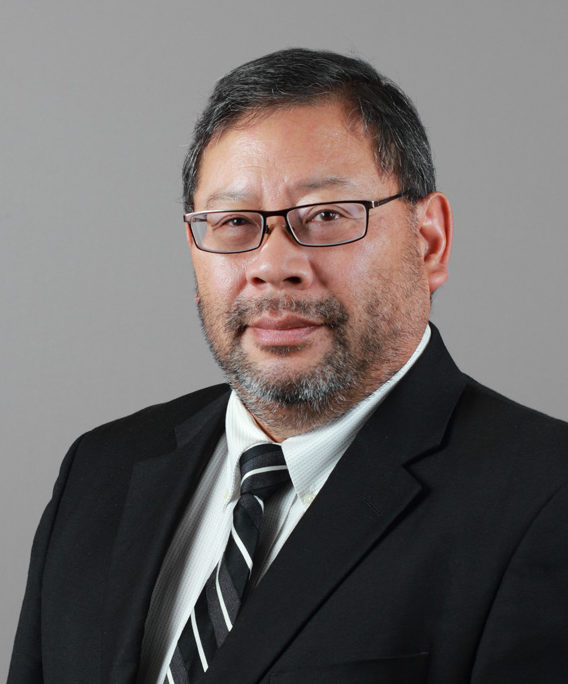 That shrinking tech gap has inspired Jaurigue and Sabre Systems to focus their CSR efforts on two areas specifically: providing STEM and literacy education to kids who might not otherwise have access to it and creating job opportunities for veterans who’ve learned tech skills in the military and want to continue serving their country while working in the private sector. The approach – investing in American talent as a way of helping America more broadly – creates a win-win-win scenario, with CSR simultaneously helping individuals thrive, the country stay strong, and companies compete.

And the Satell Institute, a Think and Do Tank Dedicated to CSR™, has been instrumental in helping it happen.

The Private Sector’s Duty
Jaurigue launched Sabre Systems 32 years ago, and over the last three decades it’s grown into a formidable operation, with 400 employees working in offices in Pennsylvania, New Jersey, Maryland, Virginia, Indiana and California. About 25 percent of those employees are veterans, a group the company prioritizes when hiring. “We draw heavily from active personnel,” Jaurigue says. “We’re actually really proud that, for the second year in a row, we were identified by the Department of Labor as a gold-medal employer for the work that we do in hiring, retaining and nurturing a veteran workforce.”

But along with Sabre’s success has come something else: a recognition of the need to give back to the country and the community, particularly in places like Philadelphia.

“I love the city,” Jaurigue says. “But as wonderful as it is, it’s hard to ignore the fact that it’s one of the most impoverished cities. And I believe the private sector has a duty to band together and address the issue.”

Jaurigue and company have done that, in part, by supporting nonprofits that deal with poverty and education, with a particular focus on STEM and STEAM programs. Among the organizations Jaurigue himself is closely involved with are the Liguori Academy, a city-based high school that prepares students for college and careers in tech, arts and construction, and Children First (formerly Public Citizens for Children and Youth), which advocates for healthcare, education and family stability. The goal, he says, is “to find pathways for those who would not otherwise have a choice in education.” It’s a reminder of the role business can play in building a better society and of the importance of the work. As Children First’s website puts it, “Childhood is fleeting. There are no do-overs.”

An Evangelist for Satell
One of the most powerful aspects of CSR is that it can be both society-serving and self-serving simultaneously.  By investing in STEM and STEAM programs, for instance, Jaurigue notes that Sabre is not only helping to discover and prepare the people who’ll help keep the country strong, it’s also cultivating the talent the company itself will need in the years ahead. Meanwhile, giving back to the community is helping Sabre attract the talent it needs right now.

“I think at this point employees expect, if not demand, that of their employers,” he says of a commitment to CSR. “It’s a significant factor in whether they’d work for a company or recommend a friend to work for them.”

Jaurigue, who also sits on the boards of Neumann University and the Kimmel Center, credits the experiences he’s had through the Satell Institute for both inspiring him and exposing him to new ideas that ultimately help the nonprofits he’s aligned with.

“I try to be an evangelist for Satell,” he says, specifically citing the organization’s annual Nonprofit-Business Summits, which bring together leaders from the nonprofit and corporate worlds for an inspiring day of brainstorming and networking. “It helps me with some of the nonprofits that I work with– going back to them with some different ideas.”

Those ideas help keep those organizations vital, ultimately solving problems in a way that benefits us all.