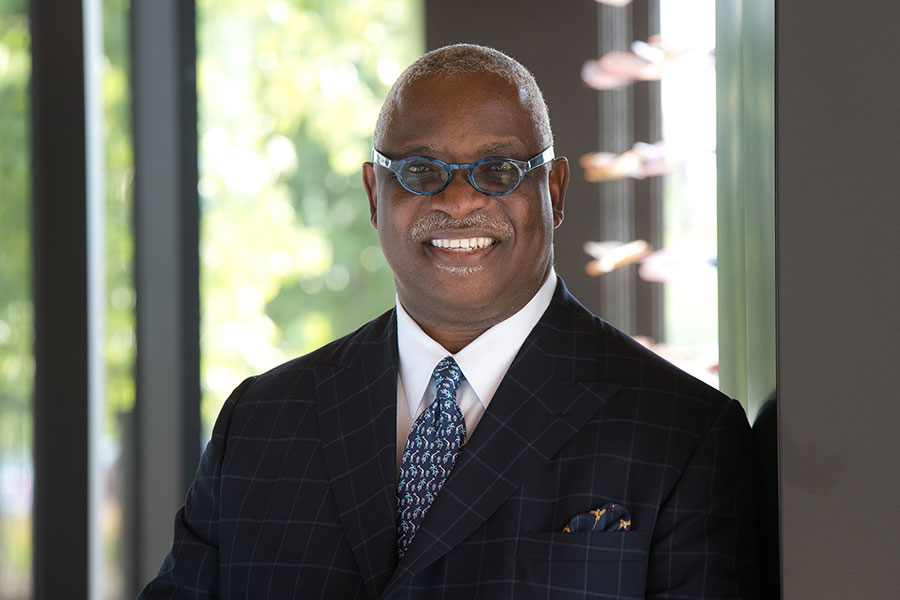 Osagie Imasogie has helped fund and advise dozens of startups throughout his 30-year career in law, business management, healthcare and the pharmaceutical industry. It’s his love of art, however, that spurred his involvement in the Satell Institute, a Think and Do Tank for Corporate Social Responsibility. He’s proud to join the Satell Institute, the Collective Force of Businesses and Foundations Partnering with Nonprofits To Serve The Greater Good.™

The Philadelphia Museum of Art, where Imasogie serves on both the Board of Directors and Executive Committee, is among the largest beneficiaries of his family foundation’s grants and pledges through the Satell Institute. He credits his devotion to art to the visual languages of African dialects, stemming from his birth in Nigeria.

This venture capitalist relates the work of Satell Institute Founder Ed Satell to the work of billionaire investor Warren Buffet and Microsoft Founder Bill Gates who issued a challenge to other high net worth individuals to give away half of their wealth to nonprofit efforts to improve the community and its quality of life.

He also sees a generational shift among younger workers who are less motivated solely by money.  They are more excited about being part of a company that is contributing to making the world a better place.

“So many people like to process things as a zero-sum game,” he said. “It’s not either-or.” Just as companies can do well by doing good, they also can address society issues without having to provide a solution for every problem communities wrestle with.

The Founder of PIPV Capital, Imasogie conceptualized and was among the key founders of GSK Ventures, which participated in more than 30 transactions in a three-year period.

Among other achievements, he was co-founder, President and Chairman of Ception Therapeutics and serves on the Board of StoneRidge Investment Partners, which has more than $2 billion under management. He is Founder and Chairman of a company, Zelira Therapeutics, which is developing revenue-producing drugs from medicinal cannabis.

In addition to his support for and work with arts organizations, he is a member of The Board of Trustees of the University of Pennsylvania, which he also serves on the Board of Overseers of the University of Pennsylvania Law School, from which he is a graduate and where his family has endowed a professorship in the family name with a $3 million donation.

American Heritage Federal Credit Union
The Satell Institute happily welcomes American Heritage Federal Credit Union to its esteemed membership of businesses committed to Corporate Social Responsibility. Chartered in 1948 and operating 28 branch locations, American Heritage is member-owned and dedicated to securing financial freedom for its members. President & CEO Bruce Foulke is proud of the credit union’s revolutionary approach that treats its customers like family and takes responsibility for the communities in which it operates. Its long-term commitment to Jefferson Health provides support to children on a grand scale that truly makes a difference.