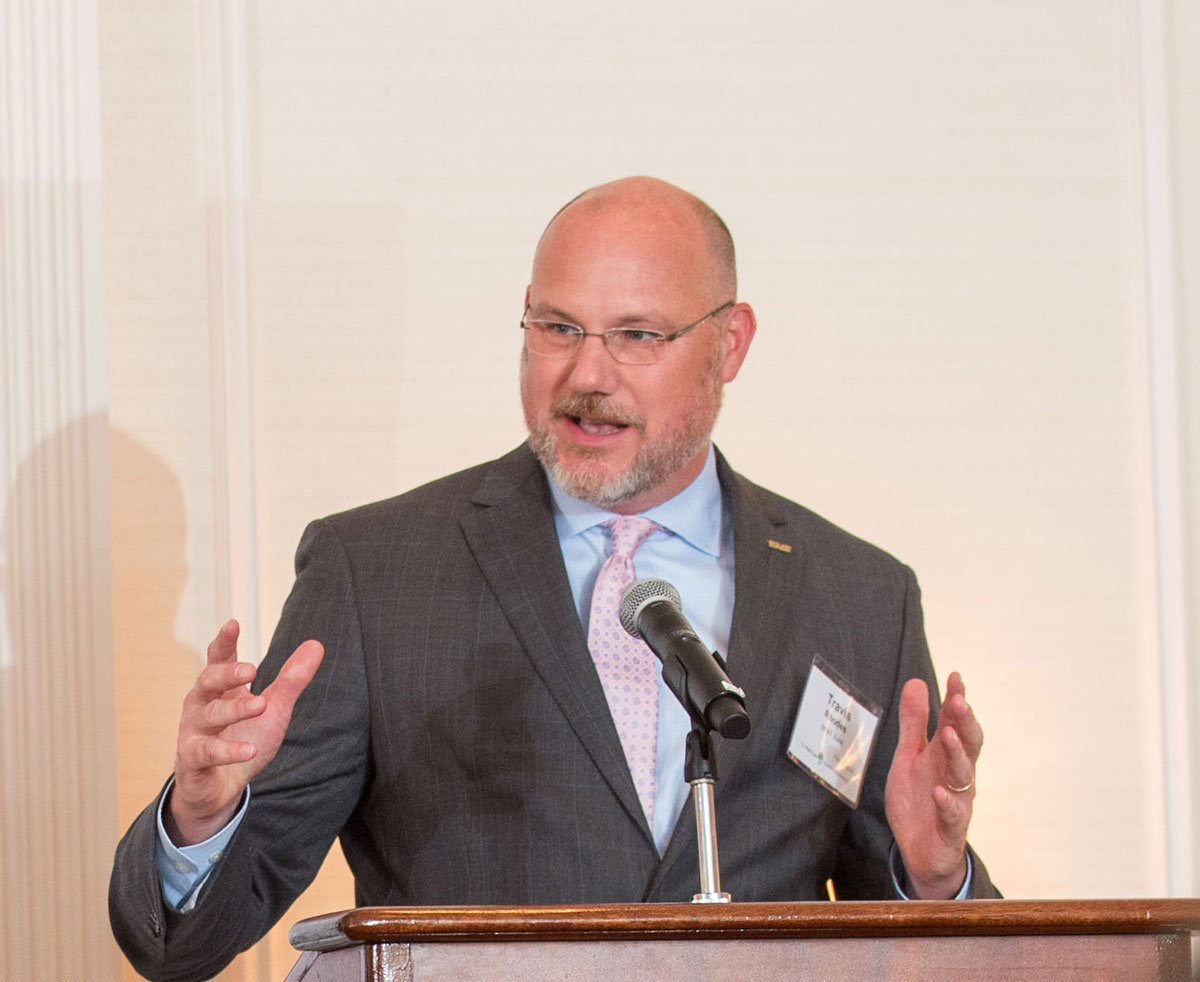 BB&T Bank Regional President Travis Rhodes, a Southerner by birth who moved from North Carolina to Greater Philadelphia in 2018, hasn’t let the moss grow under his feet since taking on his new role. As he was completing the integration of the former Susquehanna Bank and National Penn Bank, which BB&T had bought prior to his arrival, he also carved out time to get to know the Pennsylvania/Delaware Valley/Lehigh Valley Region he oversees as Regional President. This included linking with other business and nonprofit leaders by becoming an active member of The Satell Institute.

He was stimulated by his participation in the Satell Institute CEO Impact Conference on Corporate Social Responsibility (CSR), “It was great for me to be around other leaders and to hear their philosophies about why they give and how they live,” Rhodes said. “I had never run an organization this size before, and it was great being around other CEOs who care and have the heart to do something positive.”

His decision to join SI was sealed by BB&T’s pledging funds to invest over four years in the YMCA of Bucks County. Such multi-year commitments to a nonprofit are required for companies to join SI, which is the most prominent Think and Do Tank for CSR in the region and the country.

BB&T, founded in 1872, also encourages its employees to be active as volunteers in nonprofits and sees CSR at the core to its mission statement to make the world a better place to live through four key pillars:

During the 2019 holiday season, BB&T employees were each given a $1,500 bonus, along with the suggestion that they donate at least some of the funds to causes they believed in. Associates made donations at a high rate, Rhodes proudly said.

Selecting a nonprofit and compelling mission to support

In choosing to make the YMCA of Bucks County a Nonprofit Affiliate of the Satell Institute through BB&T’s financial commitment, Rhodes followed his heart after being exposed to programs that are having a positive impact on lives—and meeting the intent of BB&T’s pillars. He was particularly moved touring a YMCA summer day camp that provides youth with valuable experiences while enabling single parents to work, another for at-risk teens and one that serves wounded veterans.

Images that helped win his support included seeing an older parent helping an adult child with special needs to get access to a swimming pool. For Rhodes, who has been happy to settle into his new hometown, membership in the Satell Institute and involvement with BB&T’s nonprofit partner mean more opportunities to have a positive impact.

As BB&T now finds itself at the heart of a significant bank merger as it joins with SunTrust to form a new entity called Truist, CSR as a core value will remain a constant. Although both legacy names will be phased out in the $28 billion merger, the four CSR pillars and the participation in the Satell Institute CSR network will hold strong.

BB&T
A warm welcome to BB&T — now part of Truist — and its nonprofit partner, YMCA of Bucks County. Since its founding in 1972, BB&T has been dedicated to helping its clients to “achieve the future they envision”. This commitment to the future, guided by Regional President Travis Rhodes, extends to its partnership with the YMCA of Bucks County. The YMCA of Bucks County’s mission to help individuals, families and communities learn, grow and thrive mirrors BB&T’s focus on helping its clients to create a better future for themselves and their community. This strong, shared goal and the power it generates is at the heart of the Satell Institute’s model of corporate-nonprofit partnership.