Communicating Why
CSR is Every Leader’s Business;
How Three Advertisements Tell Stories in Distinctive Ways 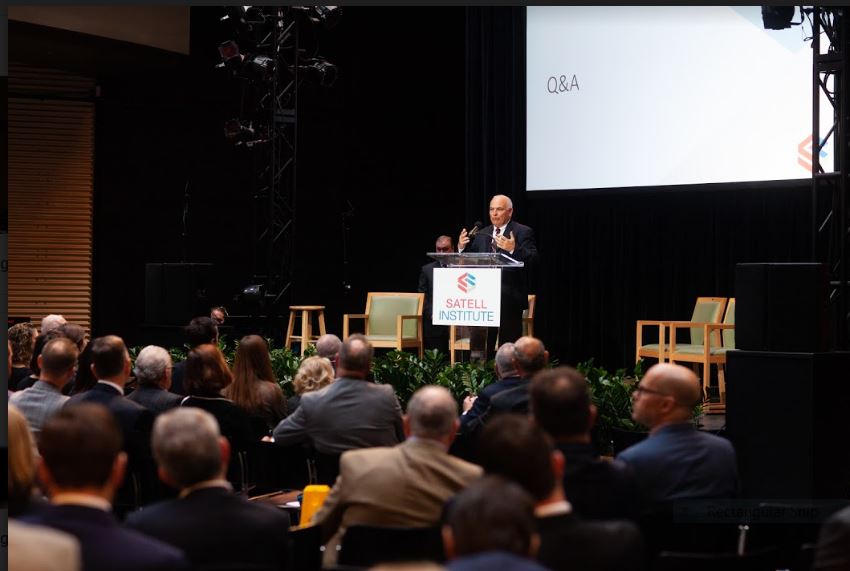 Strong values and thinking long term help drive success. This is a core tenet of the Satell Institute. SI stands for community building — business and nonprofits partnering to serve the greater good. Business provides the quantity of life—wealth and job creation. Nonprofits—"Heroes” provide the quality of life solutions to human issues and human development. Community trust is earned by demonstrating these strong values.

When companies undertake Corporate Social Responsibility initiatives and create messaging about philanthropic work, five core values that are central to effective organizations and messaging are authenticity, honesty, credibility, altruism and empathy. This article is in part based on an article featured on YPO, “Five Ways to Build Trust Online” by Michael Ambros, CEO, eKomi Ltd..

Such moral pillars are apparent in a trio of videos created by three major philanthropic companies seeking to connect with employees, customers and other stakeholders.

Dr. Peter Frumkin, Research Director of The Satell Institute’s Think Tank and Director of the University of Pennsylvania Center for Social Impact, evaluated these messages for SI’s audience of CEOs and CSR leaders.

The advertisements focus on a combination of facts, emotion and imagery in ways that tell the story of corporate values and involvement.

AT&T and DIRECTV, in the wake of a merger, set out to tell the world that two companies with philanthropic records are combing to have a greater impact. Watch it here.

The one minute, 13 second video is a recitation of good deeds, according to Frumkin. It contains facts, footage of CSR leaders talking about the importance of the work they do and images of both volunteers at work and children who are beneficiaries of their efforts.

Budweiser focuses its message on a single type of philanthropy that occurs when a brewery is repurposed to package fresh water into cans to be delivered to victims of disaster. Watch it here.

The strength of this footage is the emotional message that becomes clear when a Budweiser employee is called in to help respond to a disaster in the middle of the night, kisses his wife as he leaves and later sits with her over dinner. Her look of adoring pride tells the story of a job well done. Add in some carefully selected music and the tagline: “Whenever you need us; We’ll stand by you.”

The final example is an Airbnb Super Bowl ad from 2017, aired at a time when the nation was debating a travel ban affecting individuals from a select group of countries. Watch it here.

The 30-second advertisement called “We accept” shows the images of faces that represent a variety of races and nationalities. Rather than focus specifically on anything that Airbnb does, the spot is designed to make a simple, yet powerful, statement in favor of inclusion. It’s a moral stance during a time of political debate.

In the spirit of research and education that is essential to the Think Tank function of the Satell Institute, no single approach works for all situations and some combination of these types of messages might be the best way to tell the story for companies that want employees, potential employees, customers and other stakeholders know about their good works.

The Do Tank aspect of SI provides the forum through which corporate leaders can learn about messaging, along with other key aspects of CSR that makes communities better.

This article is in part based on an article featured on YPO, “Five Ways to Build Trust Online” by Michael Ambros, CEO, eKomi Ltd..

The Satell Institute is very pleased to welcome Meder Philanthropy to its ranks. Mary Meder has served as the President of Harmelin Media since 2002, serves on the board of Special Olympics and shares The Institute’s commitment to Corporate Social Responsibility. After attending The Satell CEO Impact Conference on CSR, Meder was inspired to join SI to align with those creating great impact on the region.