Says co-founder Alan Cohn: “Our team members know that we do well by doing good.” 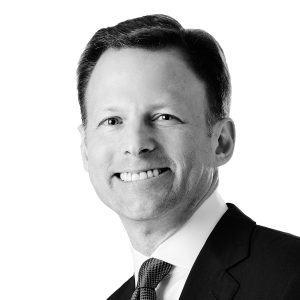 When brothers Stephen and Alan Cohn teamed up with their father, David, to launch Sage Financial Group in 1989, they had at least one thing in mind beyond just helping clients manage their wealth: they wanted to give back to the community.

“It’s always been a big part of our DNA,” Stephen Cohn says of the Conshohocken firm’s commitment to Corporate Social Responsibility (CSR). “When it was just the three of us, and up until today, where there’s 33 of us, we’ve always participated in events, we’ve always contributed money to charity, we’ve always matched contributions, we sit on different boards. So philanthropy is a big part of what we do.”

Of course, three decades later the Cohns have come to understand that CSR not only helps the community, but also the company that engages in it. Here Alan Cohn talks about the impact Sage Financial makes with its philanthropy and service—and the benefits that have come back to the firm because of it.

Philanthropy…
…runs through the lifeblood and culture of our company. We donate to over 100 different institutions a year, and there are several we are very deeply engaged with.

We make an annual gift of over $25,000 per year to Mastery Charter schools, which is how we’re involved in Satell. We’re also deeply engaged with Alex’s Lemonade Stand. [Stephen Cohn is a board member of both organizations]. Every year we put together a team to participate in an event that Alex’s holds called the Million Mile Run. Last year, of all 200 corporations that participated, we were number two in terms of money raised. This is something that Sage has been participating in for over 10 years. We get almost 100 percent participation among our employees.

When it comes to CSR and employees…
…we have a 98 percent employee-retention rate, and we believe a part of that is because philanthropy is in our DNA. Our team members know that we do well by doing good. We really try to drive home both financial contributions and hands-on contributions. Not only does Sage contribute to over 100 organizations, but we match employee charitable contributions to a certain dollar amount, and then we hold these different events.

We were named one of the 100 best places to work by the Philadelphia Business Journal a couple years running, and we think part of that is that people really do feel good about being part of Sage and part of Corporate Social Responsibility. I think CSR…
…is growing in terms of being on the radar. I’ll tell you, when we are talking to potential new hires—and Sage is growing and it’s a competitive marketplace—one of the things that sets us apart is our level of Corporate Social Responsibility and team-member engagement. Especially with the younger generation, that’s important to them. That’s really really important to them.

I feel like the business leaders of today…
…do feel like it’s our responsibility to make the world a better place. I read a quote yesterday that maybe you heard before: “Service to others is the rent we pay for our room here on earth.” Muhammad Ali said that.

When I’m talking with other business leaders, I feel the same vibe. I think the attendance at the Satell Institute meetings, and the membership list at Satell, is a testament to that. Some very busy folks are carving out a lot of their time to do this.

I was introduced to the Satell Institute…
…by Brad Aronson. Brad is incredibly philanthropic with his time. He introduced me to Satell, and then personally I’m involved in a lot of different philanthropies that have benefitted from Satell.

I’m very  involved with an organization called PAR, which stands for People Advancing Reintegration. That organization, which is about seven years old, helps returning citizens attain stability in their lives through workforce development focused on e-recycling. Of the 110 folks who’ve gone through the program, only two have returned to prison. Which is astounding.

I’m also focused on the issue of wealth inequality and systemic racism. I help a group called Plain Sight Capital that invests in under-represented founders. They were started by Sylvester Mobley, who started the nonprofit Coded by Kids.

And a third group I’m helping is called Empify, which stands for “empower and modify.”  They teach under-represented folks how to build wealth and how to build mental strength in order to achieve  that wealth. The success I’ve been able to have at Sage Financial Group gives me the platform and opportunity to pay it forward.

One of the best things about SI’s conferences is…
…the ability to find people who have common interests. Not only in terms of philanthropy, but also more narrowly, whether it be wealth inequality or cancer research or whatever the cause is. It’s a platform for meeting those folks and leveraging efforts.